Littlest Pet Shop is a toy product by Hasbro that developed into an animated television series from Sunbow Productions and Creativite et Developpement that debuted in 1995. It follows the lives of a group of five miniature animals, each about the size of a rat. They live in a pet shop on Littlest Lane and have their own treehouse inside of the store. They go on all sorts of adventures together, sometimes involving other miniature animals. The toys each have their own little magnet on one of their front paws that will go on any magnetic object.

Littlest Pet Shop was a popular line of toys, later a few sets based on the show were released. The toy line had many lines. The first one was introduced in 1992 to modest acclaim but after four years enthusiasm dwindled, the line was retired in 1996.

All the various sets produced can be seen at The Littlest Pet Shop Guide. In 2005, toy designer Gayle Middleton redesigned Littlest Pet Shop toy line for Hasbro bringing a fresh new look which has made it one of Hasbro's most successful Girl's Division line-ups. Since then sales of the Littlest Pet Shop line, market as being a collection of inch-tall kittens, puppies, hamsters, and turtles that inhabit a pet store, have soared from $60 million to $600 million in five years. That represented that Hasbro has sold more than 60 million of the figures at roughly $4 a piece.

In redesigning Littlest Pet Shop, Sharon John, head of Hasbro's girls' division group decided to mix the modern with the traditional. They gave the animals the big, vulnerable eyes made popular by Japanese animators. They toned down the pink packaging and went with more contemporary purple and green. But they kept the figures the same size as before—much smaller than most dolls—knowing girls like to collect and carry little things.

Then that group applied a few time-tested lessons from boys' action figures. The company created more than 300 versions of the animals, changing them every few months to keep kids interested. And for the holiday season there's Littlest Pet Shop bobble heads ($4), electronic diaries ($19), and plug-'n'-play TV games ($25).

Now comes the digital strategy—which will sound familiar to those who know about Webkinz (below). Hasbro has started selling what it calls Virtual Interactive Pets on its Web site and those of a few retailers. The bigger, $15 dolls come with a secret code that unlocks an online world where kids can create virtual pets and play games. Hasbro hopes the new line, which goes national in February 2008, will draw in girls older than eight.

Sometime later in 2008, Hasbro, through a relationship with video-game maker Electronic Arts (ERTS), will introduce Littlest Pet Shop games for Nintendo's (NTDOY) handheld DS and Wii game platforms. Maybe then boys will want to play, too.

Toward the end of the Littlest Pet shop production, the line began to branch out into even more diverse sets:

Littlest pet shop- Get better center included a lizard dog and cat. The cat drinks the bottle of milk when you put it on the lips. When you rub the lizards spots they turn invisible the dog is just plain.

The first set of pets-to-go were re-painted and re-released as "different" pets later in the lifespan of the 90s LPS.

Littlest Pet Shop 'VIPs' (Virtual Interactive Pets) were released in 2007 on the 12th of August. The "cuddliest pets on the net" enable tween girls to visit an online world with their adorable Littlest Pet Shop VIP toy. By finding the "secret code" hidden in the toy's collar, the girls can access a virtual land where they can play games, decorate their house and purchase clothes for their VIP pet using the currency of "kibble" points. It is a profitable new way to let girls see the Littlest Pet Shop world through their toy pet's eyes. RRP is $18.95, approximately.

The five miniature animals were

Source: Wikipedia, the free encyclopedia and article at Business Week

Posted by experttraveler at 3:59 PM

Wow. That's pretty cool! But where did you find that out?

This is one of the best blogs I've ever seen! My Littlest Pet Shop VIP pig RoseRoo was reading with me... so much information which is fascinating to learn about is packed into this blog! Thank you very much for making this!

I love your blog!I like to imagine what that Tv show looked like. The pink bunny with blonde hair sounds so cute!

woah...your blog is totally awesome hehe i like it so much :D

Just came across this great article about LPS. Kudos for putting out something so informative for the fans. I have to comment about part of it though. I know the girls team for LPS and know of no "Sharon John." It is true that Gayle Middleton is behind the look of Pet Shop. She is the one that was focused on bringing the Japanese-Kawaii modern look to the property. Sharon might have designed the packaging (I'm guessing based on your comments) but Gayle Middleton created the look before the packaging was created. (Though having said that, the packaging is very fun and kudos as well to the packaging designer!)

I have a LPS Magic Motion Yum Yum Puppy #4 (Brown). I have searched all over the internet for this toy and have only found 1 on Amazon and 1 on ebay. Do you know the history of this toy? Why is it so hard to find?

This is very cool! I've always liked the TV show. I liked all the main characters(Chloe, Stu, and the rest) a lot, but I've always had a soft spot for Rookie. I loved any episode starring her, particularly "Inmate Rookie", in which Chloe and Stu have to rescue her from the pound(which was run by a very fat dogcatcher!), and "My Fair Rookie", in which Chloe and Stu try to help make her over before a dog show. :)

Thanks for sharing above information! I really appreciate this post. I have been looking all over for this! Thank goodness I found it on blog. You have made my day! You can have a look on my Online Pet Shop website, I would be waiting for your valuable response. Thank you again!

Pomeranians pups for sale When your website or blog goes live for the first time, it is exciting. That is until you realize no one but you and your. 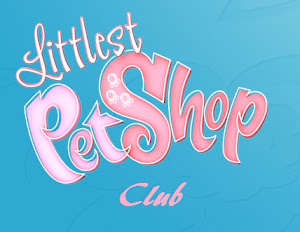 Welcome to this unique Littlest Pet Shop fan site created for all LPS Lovers and those that love to collect such adorable animals. Hope you enjoy the information, pictures, videos, coloring images, lists that were putted together for all the visitors! Hopefully they will help you to ID and organize your collection of these wonderful childhood toys. If you have any more information not included here or would like to donate pictures/have yours removed contact me through e-mail. Visit often this site since it will be frequently filled with friendly-Fun LPS Excitement! And don’t forget … give littlest pet shops to your kids and friends so that they can get past on to generation throw generation.

Find me on MySpace and be my friend!